I’d picked up and put down this one a few times before, not sure it would hold my interest. Contemporary crime fiction is written in a more pacy style than this old Poirot novel, first published in 1942. But I put my reservations aside and once I got going I was soon absorbed.

Five Little Pigs begins with a new client calling on Poirot, a well-turned-out young woman asking him to review the case of her mother murdering her father, sixteen years before. Carla Lemarchant has only recently learned about the deaths of her parents – she’d been brought up in Canada by relatives and had a happy upbringing. Only now she wants to get married, but before she can plan her wedding, she needs to know what really happened. And then there’s the troubling letter from her dying mother, declaring her innocence.

The novel is divided into three parts as the great detective slowly pieces together the events of that fateful summer. In the first part he interviews the lawyers for the defence and prosecution as well as a policeman to find out why it was so easy to find Caroline Crayle guilty of the murder of her husband, the celebrated artist, Amyas Crale. Everyone agreed she’d put poison into his glass of beer while he was painting a beautiful young woman at their country home. In court, Caroline had just sat there, doing nothing to fight back, immobile but looking lovely just the same.

Along with Elsa Greer, the artist’s model, four others were present when Amyas died – all possible suspects – making the five little pigs of the title. Somehow Poirot can’t quite get the nursery rhyme out of his head. One by one, he visits the five and asks them to write a description of events leading up to and including the murder.

The second part of the novel is made up of the written narratives of each ‘piggie’ and the same threads run through each of them: the theft of some coniine from Meredith’s laboratory; the overheard arguments, the simmering jealousies. Of course, we don’t know who might be lying or making unsubstantiated assumptions. The third part is the coming together of all the witnesses so that Poirot can explain all and unmask the killer.

So unlike a modern murder mystery, there is no second murder, or ramping up of tension through imminent danger. And while Christie linked nursery rhymes from time to time to her plots (One, Two Buckle My Shoe; Hickory Dickory Dock; And Then There Were None), perhaps we are too sophisticated to be amused by such a contrivance today.

And yet, this such a good story. The characters are interesting – all of them have emotional ups and downs to do with the lovely, long suffering Caroline or enfant-terrible Amyas, the couple vividly brought to life even though they are both long dead. And then there’s the beautiful mansion with its battlements and coastal setting, the languorous summer weather, the simmering tension of people behaving badly.

The story slowly builds and the reader is swept in to make connections and deductions, pick up the red herrings, and examine motives – Christie’s novels work very much with the reader playing detective alongside her sleuth. And the finale is so well done, the vivid reconstruction of Amyas’s death revealed with Poirot’s wonderful delight in the dramatic. I loved it. It just goes to show that a book doesn’t have to have the expected plot-points to work and this one works just fine. It’s not quite a classic but still a four out of five read from me.

Andrew Wilson is obviously a big fan of Agatha Christie – something he and I have in common – so much so that he has written a series of mystery novels with the Queen of Crime starring as his amateur sleuth. Wilson isn’t the first novelist to find Christie so fascinating that he has fictionalised an aspect of her life. Her famous disappearance in 1926 when her marriage failed has inspired films and fiction (The Woman on the Orient Express by Lyndsay Jayne Ashford; On the Blue Train by Kristel Thornel are two novels worth checking out).

And Wilson isn’t the first novelist to make his detective a famous author. Nicola Upson has chosen Josephine Tey for her sleuth in a series of nine excellent mysteries; Oscar Wilde uses his great wit to solve crime in a series by Gyles Brandreth and more than one author has chosen Sir Arthur Conan Doyle to foil criminals (who better?), the latest I’ve come across: Bradley Harper, pairing the great writer with a Derringer-toting Margaret Harkness in a series kicking off with A Knife in the Fog.

So Andrew Wilson’s series should come as no surprise. How did I feel picking up this book? Were there a few twinges of reluctance? A sense of dabbling with a holy of holies? Yes, definitely. But one day I found myself holding a copy of Death in a Desert Land, the third book in the series, and I just couldn’t help myself.

… I felt a little more secure knowing that in my handbag was a syringe filled with a fast-acting drug that could put a man to sleep in minutes.

In this story, Agatha is divorced and independent, taking a break from novel-writing to help out Davison, her pal from the Foreign Office, to investigate the death of Gertrude Bell. The famous archaeologist, another real person, supposedly died of a drug overdose, but two letters have recently come to light expressing her fears for her life. Agatha is to stay with Katherine and Leonard Woolley who are running a dig at Ur, site of the famous Death Pit and full of wonderful artefacts. Bell had worked with the Woolleys, sorting out which exhibits were to stay in Iraq and which could be shipped to the British Museum.

The storyline has echoes of Christie’s novel, Murder in Mesopotamia, and Wilson wonderfully conjures up the setting – sunsets across the sand-dunes, desert storms, the chanting chain-gang of Iraqi workers. I’ve always loved Christie’s Middle Eastern novels (Death on the Nile, Appointment with Death, They Came to Baghdad) so was soon enjoying myself. When there’s a murder – the spoilt daughter of the wealthy American sponsoring the site bludgeoned to death – Agatha has to forget about Gertrude Bell as the finger is pointed at Katherine, a volatile character at the best of times.

An archaeological dig in the middle of nowhere offers the perfect ‘locked-room’ mystery in that we have a small group of characters in situ, each with their own secrets and motives. The plot puts Agatha through her paces, risking a face-off with a potential killer, wielding her syringe (why couldn’t Davison have set her up with a neat little pistol at the outset?) often at night. The finale around the table with all the suspects and witnesses as Agatha presents an account of events and eventually unmasks the killer will remind you of more than a few Christie novels.

Death in a Desert Land is altogether very entertaining, with enough humour not to take itself too seriously and is a welcome addition to the Christie canon for anyone who has read all the original books and craves more. It is very much in the spirit of Christie, and the smart, deductive and charming character of Agatha, with her knowledge of poisons, a perfect reluctant heroine.

Make sure you read the notes at the end of the book where Wilson outlines The Facts but only when you’ve finished the novel as there could be spoilers. It adds some interesting details and shows us that Wilson has done his homework. Wilson has written a number of biographies, including one of Patricia Highsmith, so we know we’re in good hands. I can’t wait to read the rest of the series; this book gets four-and-a-half out of five from me. 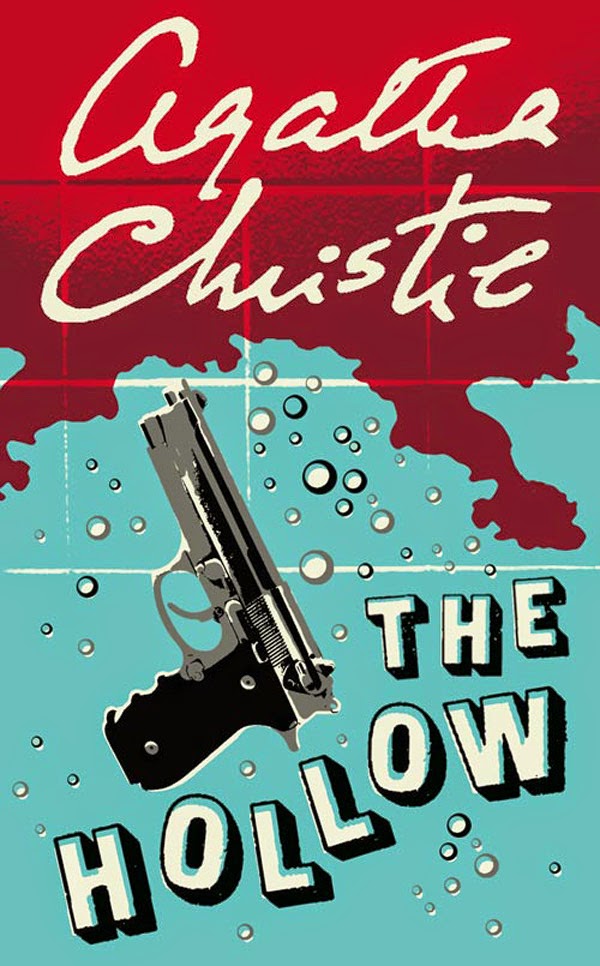 Whenever I am stuck for something to read, or need a cosy novel to cheer me up, I tend to dip into my extensive Agatha Christie collection. I know I’ve read them before numerous times, and can probably remember ‘whodunit’, but the good ones offer more than just the mystery of the crime. One of my favourites is The Hollow, a classic country house murder mystery, where the reader can depend the murderer is one of the guests invited for the weekend. Of course, it’s never one of the servants, so no one ever bothers to investigate them!