Back in Ireland again with a novel set mostly in Galway. The Hughie of the title is a small boy at the beginning of the book, but by the time he’s twelve he’s had to cope with a lot of hard stuff: losing two toes due to an accident with an out of control lawnmower; overhearing his parents reveal that he’s adopted; being sent to boarding school at the age of twelve; losing his mother to suicide and thinking that it’s all his fault.

But Hughie is a determined young lad, and he loves his mother so very much that he embarks on a plan to bring her back. This is impossible you say, she’s dead. His dad knows this, his best friend Nyxi knows this, but when unusual things happen to Hughie it begins to seem possible after all.

Hughie Mittman’s Fear of Lawnmowers is very much a character-driven novel, always a plus for me. There’s Hughie’s difficult father, a philandering surgeon; Nyxi, the girl he meets in hospital after the foot incident, with a badly burned arm. The two become inseparable. ‘Sure but you have three good feet and three good arms between you’ says the lady who sells ice creams. There’s a bunch of peripheral characters you wish you had more time to get to know, such as Hughie’s grandmother in Dublin who is a real trouper towards the end of the book with her no-nonsense manner and hair-raising driving.

But one of the most interesting characters of all is Galway, the setting for a large part of the novel. Galway is lovingly described and seems to have a personality of its own. By the time I’d finished reading the book, I was ready to book my flight. The 1970’s music adds a touch of nostalgia and makes me wonder: are coming-of-age novels set in the past more appealing to older readers than the YA genre aimed at a younger demographic and what deep down is the difference?

I found this coming-of-age novel a quick and charming read, well-written and with an original storyline. Four out of five from me. 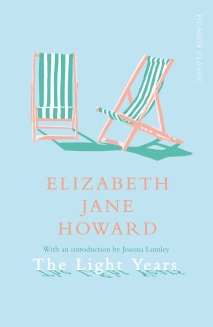 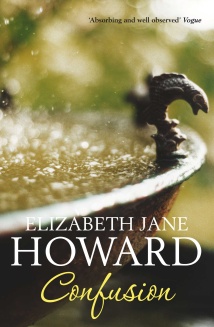 The Cazalet Chronicles is a kind of historical saga set in England around the years of World War Two. The great thing about it is that there is such a large cast of characters and multiple plot threads, that every time I read it there is more to discover. It follows the Cazalet family of three sons, Hugh, Edward and Rupert, and their families – particularly daughters Polly, Louise and Clary – who each take up a chunk of the narrative. There’s also the unmarried sister/aunt, Villy, as well as elderly parents which provide a link with the past.  Howard published the Chronicles in the 1990s and they were massively successful, with a follow-up book, All Change, in 2013 about the same characters some years later.

To Kill a Mockingbird is one of the world’s best loved books, with its powerful themes, evocative setting and memorable characters, to say nothing of the writing. But one of the things about it that I love best is the voice of young Scout the narrator. Currently reading When God Was a Rabbit by Sarah Winman (why had I forgotten to read this gem before?), which is also written from the point of view of a child, I got to thinking about other books with child narrators. It seems very powerful to me to write about issues that plague us as adults from the point of view of childhood innocence. Here are some of my favourite novels with a child narrator: END_OF_DOCUMENT_TOKEN_TO_BE_REPLACED