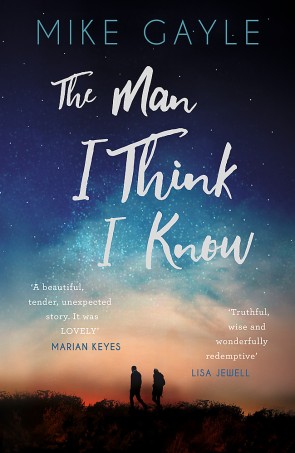 Here’s a lovely read about that rare thing in fiction – male friendship.

James de Witt and Danny Allen both went to the same boarding school and as top scholars, both were expected to make a mark on the world. Danny, a scholarship boy, even won the school’s academic prize, but while he’s a university student, a tragedy occurs for which he feels to blame and his life unravels. We meet him years later as a layabout and recovering alcoholic, on his last chance with the Job Centre, and likely to lose his flat.

Danny takes work as a carer at a residential  home. He’s quite good at this because he is so apathetic, he isn’t bothered about cleaning up people’s messes and having things thrown at him.  It’s a shock when James turns up at the same care home, a respite for his parents while they take a holiday. James has a brain trauma injury and has not been able to live independently ever since a drunken lout hit him outside a pub, and he almost died. Unlike Danny, James did well after school, making a lot of money in property development before selling up to stand for Parliament. But under the care of his parents, he fills his days watching DVDs and becomes more and more reluctant to go out into the world.

The Man I Think I Know shows the gradual friendship that develops between the two men as they somehow solve each other’s problems – James offering Danny a home and a job, while Danny gets James out and about again.  There’s also enough bumps along the path to happiness for it to be a fairly gripping read, the characters are well-realised and, best of all, there’s also plenty of humour. I loved this book and, happily, Mike Gayle has an extensive back-list for me to explore.